How does it feel?

TheRealInsignation Featured By Owner Sep 14, 2020  Hobbyist Digital Artist
To be a Nazi?
I'd gladly gut you from stem to stern in broad daylight, you waste of space.
Reply

I am leaving this reply to inform you that your thread will be closed today. While we greatly appreciate your use of our forums, I’m afraid that this particular thread doesn’t meet our posting guidelines so we’re going to bring the discussion to a halt.

We’ve made a few posts such as our helpful guidelines for this forum which you might find useful for your future forum postings. Thank you for your understanding.

ArmorFelix2012 Featured By Owner Sep 16, 2020
OP is advocating for violence against other forum members, using codewords for people they want to ice. This thread looks to be designed solely as bait in order to find targets and stir up drama. No discussion content is offered by the original poster either.

I would like to take a moment though to encourage some of the good faith posters who arrived here to start their own thread-- the rivalry between the Irish and British, along with the concept of European culture not being uniform are both pretty interesting

TheRealInsignation Featured By Owner Sep 16, 2020  Hobbyist Digital Artist
What code words? I think im being pretty straightforward with how I'd kill a nazi when I meet one.
Reply

niotabunny Featured By Owner Sep 16, 2020
then you'd go to jail in the process and they probably become the martyr.  thinking is a good thing... it is illegal in some places to own nazi stuff, snitch and go about your day.
Reply

TheRealInsignation Featured By Owner Sep 16, 2020  Hobbyist Digital Artist
You're right of course, the police would kill me on the spot, this is America after all.
Reply

niotabunny Featured By Owner Sep 16, 2020
that's why I stated snitched and move on. there are laws protecting people's rights as well as rules against murder for any action. in some cases justified, however killing someone because you think they are a nazi welp that's life. if they are a real nazi then you just purged them of their day in court.
Reply

paramount99 Featured By Owner Sep 16, 2020
It wouldn't take you long - the rabid lunatic left are a tiny minority of mentally deranged psychopaths... mostly out of school during the past so many years! Either that or are globalists or elites...

TheRealInsignation Featured By Owner Sep 16, 2020  Hobbyist Digital Artist
So you're saying, I should eviscerate nazis?
Reply

TheRealInsignation Featured By Owner Sep 15, 2020  Hobbyist Digital Artist
What can I say; I'm all about threatening nazis who are too pussy to come right out and say they're nazis
Reply

moni158 Featured By Owner Sep 15, 2020  Hobbyist Digital Artist
How many trench coats do you own? I'll make a conservative guess of at least 10
Reply

InvisibleSniper Featured By Owner Sep 15, 2020  Student Writer
This is one of "those topics"
Reply

TheRealInsignation Featured By Owner Sep 15, 2020  Hobbyist Digital Artist
What do you mean by "those topics"? You mean calling out far-right genocidal crypto-fascists who are too afraid to be racist in public so they hide and pander to dog whistles disguised as misleading talking points? Then yes, it is.
Reply

Literallybeanie Featured By Owner Sep 15, 2020
There we go you doing the lord of NUtts work
Reply

Tinselfire Featured By Owner Sep 15, 2020   General Artist
This is awesome and you win. May you eat a hundred loaves a day and find no sand in your beer.
Reply

DumbledoreAskedCalm Featured By Owner Sep 15, 2020  New Deviant
Egyptians: What shall we call the blueness above us where we keep our clouds, sun, moon and stars?
An Egyptian: Nut!
Reply
(1 Reply) 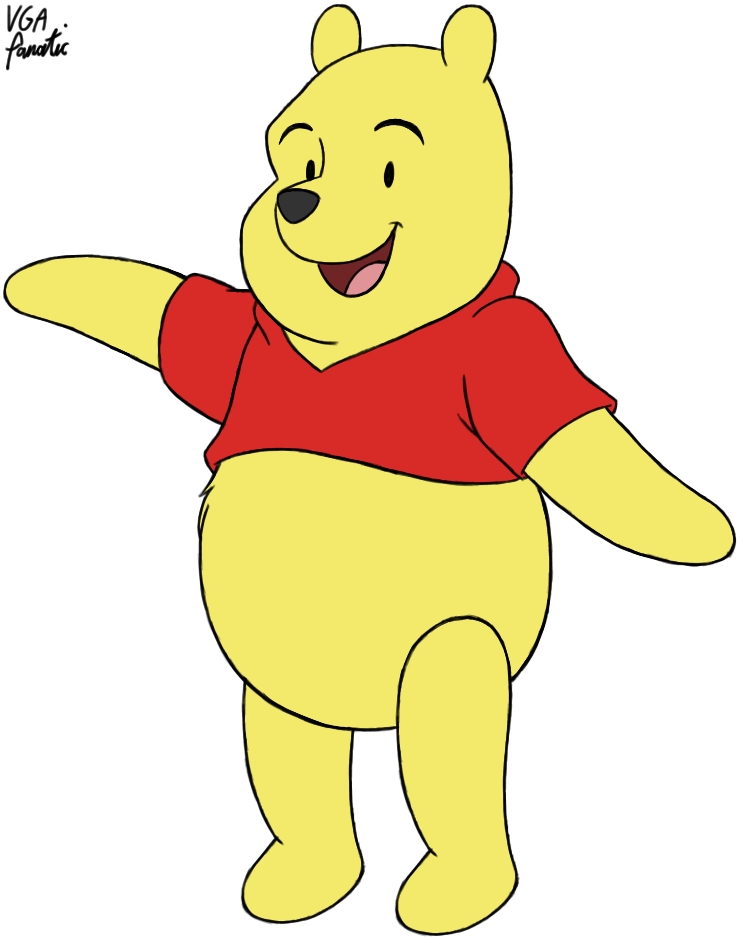 Xi is so cheerful for a homicidal mass murderer
Reply

Novuso Featured By Owner Sep 14, 2020
Nazism is not a hate movement. It is actually the opposite. It is a LOVE movement as an expression of love for the white race. We want to be with our own but are always attacked for the color of our skin and embracing white culture. The real racists and bigots are those on the left and in Antifa. What they desire is white genocide but we will resist them and they will not succeed.

Jasesaster Featured By Owner Sep 14, 2020  Hobbyist Digital Artist
I don't mind when people appreciate their own culture. The question is what kind of white culture? Irish, Scottish, British, etc culture?
What is there exactly to be proud of being just white? its just a genetic trait that you just happen to get when you were born.
Yes I understand this can be said the same with Black culture which is pretty well established depending on the country, Black culture in the US, Black culture in the UK, African culture,etc. There are less established origins for Black people to celebrate their pride compared to white people.
Isn't American culture enough?
Also side note:
In my opinion. I don't think American southern white culture (The confederate flag waving ones) Shouldn't be considered a good culture to look up to the perspective of an American. The confederacy were a big part of south American culture which wanted to destroy the United States as we know it today. You are free to express your "southern pride" but we all know southerners were supporters of those who wanted slavery to still be a thing in which they fought hard for.

Novuso Featured By Owner Sep 14, 2020
Irish, Scottish, British, French, German, etc all of it fits under the umbrella of "white culture." I am not a Southerner so I don't care too much about the Confederate flag but respect people who are into that kind of thing.
To me this is white culture. Classical architecture, classical music, operas, renaissance festivals.

Because all those ethnicities have a great and storied history of getting along through history!

Seriously though, go to an Irishman and tell him he's the same culture as British, French or Scottish. Then contact a good dentist afterwards.

Such a song of unity!
Reply

Novuso Featured By Owner Sep 16, 2020
That is the legacy of Feudalism right there. The wealthy noblemen divided the peoples of Europe so they could be ruled over more easily. The Irish, Scottish, British, French were all once part of the larger Gaelic tribe. The French and the Germans were part of the Frankish tribe. Did you know Charlemagne and Karl Der Grosse are the same person? The only reason France and Germany aren't a single country is because Charlemagne divided his kingdom between his sons who then created separate dynastic lineages. The Anglo Saxons originated in Saxony Germany.  English itself is a Germanic language. The house of Windsor was originally called the house of Saxe Coburg and Gotha but they changed the name to Windsor to stoke anti German sentiments during WW1.
As they say in the Nazi community "No more Bother wars." The white man shall be united.
Reply

Smithnikovat Featured By Owner Edited Sep 16, 2020  New Deviant
>>As they say in the Nazi community "No more Bother wars." The white man shall be united.
Europeans. United. You are HILARIOUS.
Again, I dare you to walk into any pub south of Dublin and tell the locals they're the same tribe as the French and English. Be sure to have a good reconstructive plastic surgeon on call.
Oh! Come out you British Huns
Come out and fight without your guns,
Show your wife how you won medals up in Derry;
You murdered sixteen men and you'll do the same again.
So get out of here and take your bloody army.
Unity.
Reply

Jasesaster Featured By Owner Sep 14, 2020  Hobbyist Digital Artist
I see, But not everyone is of all of those cultures, If you are saying you are celebrating white culture that implies you are celebrating all of those origins in which you may not be a part of, it is inconsistent and can bring a lot of backlash to those who want to celebrate their white culture.
I can celebrate my Italian culture for historical monuments such as the tower of Pisa but I can't celebrate the construction of Rome as my culture cause I have no roman blood.
I personally think it be better to celebrate your national culture more than your racial culture. Skin tone is no longer a symbol of status as people are trying to stop it (and smaller groups foolishly trying to bring it back).
Reply

Who decides what degree of whiteness qualifies? According to anthropologists, if you go back far enough, we are all Africans. Some people don't think the Irish qualify as "white" (I'm half Irish) So WHO decides? I have a friend who is a blue eyed white JEW. Does he count? The history of the Nazi's would suggest NO!

It's OK to be white. It's not OK to be a Nazi turd.
Reply

squirrels-are-evil Featured By Owner Sep 14, 2020  Hobbyist General Artist
The OK to be white is actually code for white supremacists now.  From a different angle the OK signs can be understood as a W and P standing for white power.

Novuso is more than likely aware of this due to his of bad faith arguments.
Reply

Suthriel Featured By Owner Sep 15, 2020
No, it is not. Just because some weird people want interpret it that way, doesn´t mean, that the rest of the people have to agree to this interpretation and follow it. This is just them trying to twist something, that was normal for decades into something evil, just because...
Or do you want to say, that those people here are now white supremacists all of the sudden?

Fat-Punisher Featured By Owner Sep 14, 2020  Hobbyist Digital Artist
There's a lot of really butthurt people responding to this. I'm guess you struck a nerve by calling out Nazi's in 2020.

Racists are cowards who like to hide behind a mask. So it goes to show when you pull those cretinous ghouls into the light of day they recoil back in horror at the thought of being exposed.
They understand their bigoted ideology is foul and unacceptable in contemporary society, so they desperately try to hide themselves.

absolutely disgusting all of them.
Reply

Lord-Commandr Featured By Owner Sep 14, 2020  Hobbyist Digital Artist
I'm not seeing anything I would classify as butthurt. I see a lot more people chuckling and snickering at this than anything else. But perhaps I am missing something.

I'm still waiting to see if there was a background story of this was just a thread to stir up attention.
Reply
Hide Media Preview Submit Comment